Finnish YAGs teach respect and responsibility to the children… 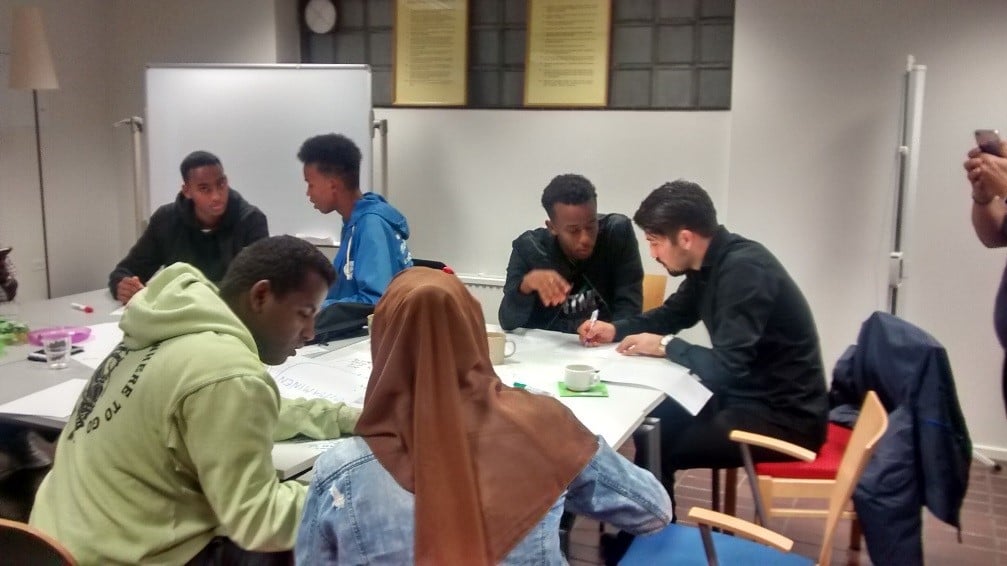 The autumn term has been kicked off in the pilot sport clubs run by Finnish YAG members.  YAGs were convened on Sat 15.9. to go through the life skills and values to be addressed in the sport clubs during the first two months of the autumn. In the forthcoming sport clubs along with sports the YAGs will teach basic skills of responsible behavior to the children: respect, presence and participation. During the meeting YAG members planned the sport lessons in detail.

During the summer the YAG members had acquired skills to coach multicultural groups in a two-day training. They learned about multicultural group dynamic, how culture affects communication styles, and explored how their own values and prejudices affect the way they observe and interpret other people and interact with them.

Two new members have joined our YAG team.  During the autumn the YAGs will be presenting their experiences as volunteers in and the project workshop and their own stories as active young in a series of some and press releases.